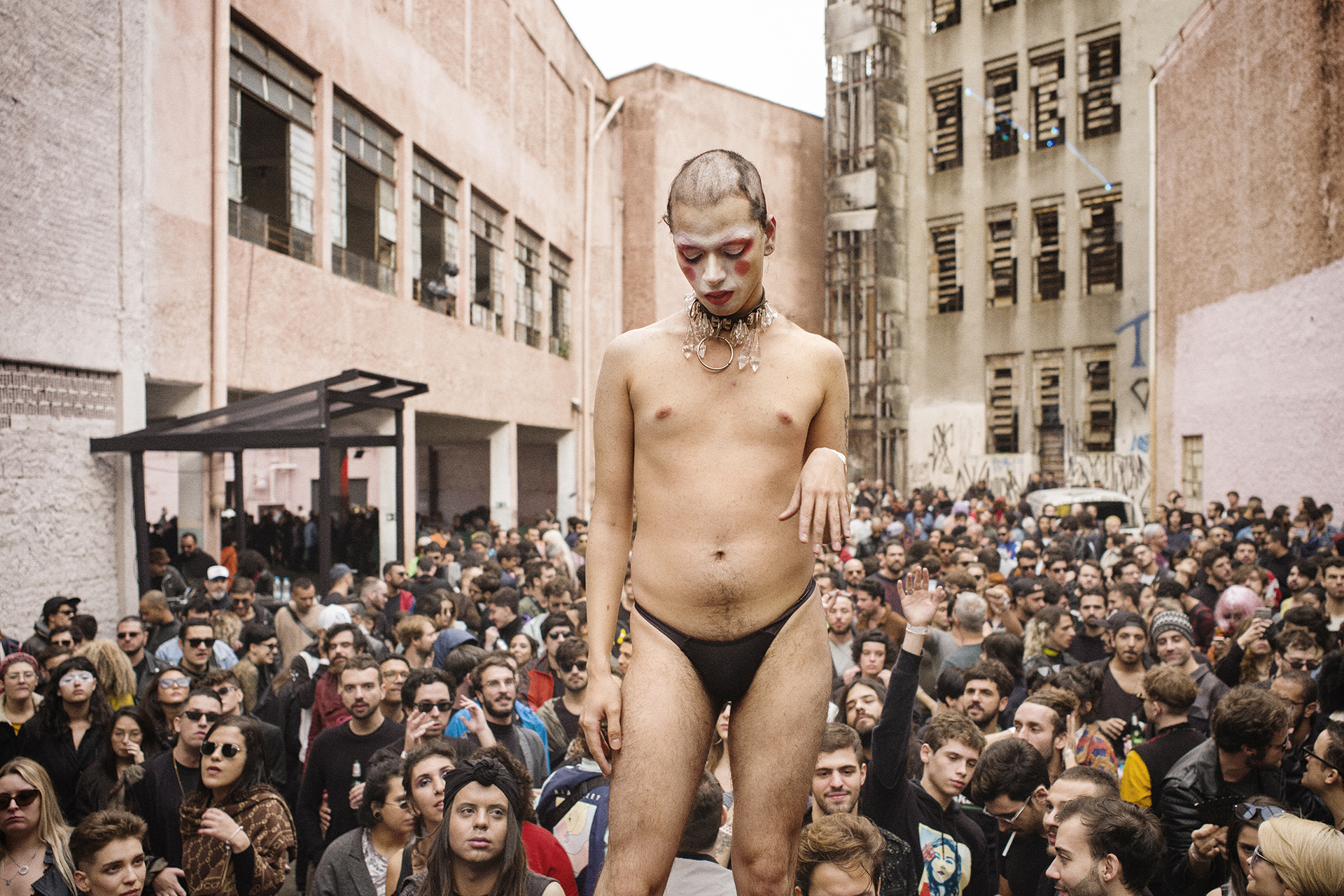 While the pandemic has jeopardized nightlife culture around the world, our need to let loose on the dance floor has grown even greater, as has our need for close physical contact. From Lagos to Montreal and from São Paulo to Berlin, four photographers tell us about their relationship to partying and why they photograph it.

Chronicling nightlife and the club scene is not just a night job. It’s a photography subgenre that’s tricky to label as there are so many different ways to party and to photograph it. It’s the kind of field that inevitably has something to say about the time we are living in. We all know to what extent the pictures of the wild parties at Studio 54 in New York, for example, left their mark on the collective imagination. They made us feel as if we were immersed in the atmosphere of the late 70s: a flamboyant age where everything seemed possible. From underground parties in São Paulo to lavish weddings in Lagos, attitudes differ drastically, as do the ways people dance or speak.

How, then, to go about capturing the moments of letting go, the moments of truth behind a subject’s social persona which can be heightened in a party context? And what to do with those snapshots: create a series that documents reality, or one that tells a story? Simple after-party portraits in Berlin, such as those by photographer Sabrina Djeblaoui, depict the pleasure of being out all night, the importance of having a style, and the transformation of subcultures into mainstream cultures. Meanwhile, Vincent Catala documents and highlights transgender personalities at Brazilian parties to directly fight against the conservative political power in office.

Because they party as much as they photograph partying, because they are obsessed with or haunted by nightlife, these four photographers of the night — and the morning after — bring us stunning images that throb with life, in which partying sometimes travels down an introspective path.

Jair Bolsonaro had just been elected to office when Télérama commissioned Vincent Catala to shoot a photo series on the underground scene in São Paulo “as a possible pole of resistance” to the far-right president. The year was 2019. The Rio-based photographer had just completed a long and complex series on the territory. He left for the capital city of São Paulo unaware that the transgender community he would interact with at clubs there would motivate him to move there for good. “I decided to make it the subject of my research, I left Rio to move to São Paulo.”

From his days of partying until the wee hours, he remembers that “if there was any resistance movement, it came more from the guest artists than from the audience. Among those artists were people from the transgender community who were given a chance to perform and therefore earn a fee.” Standing in the midst of the overheated crowd or balancing himself atop huge speakers, lit by neon lights or the harsh morning light, the artist captured moments of grace and the magnificent essence of those nights steeped in techno: oases of free expression and fluid movement in a country whose leader was a certified homophobe.

“Brazilians are more in tune with energy than Westerners are. At these parties, there was a bit of everything, people with very good energy, and others not so much. I was advised to put a Band-Aid or a cotton ball on my navel, in order to protect my umbilical chakra. That’s what I ended up doing, with varying degrees of success,” says the photographer, who lost his hearing for a whole day after one particular photoshoot… Call it an occupational hazard.

Ever since he was 18, Karel Chladek has mingled with the Montreal club crowd in search of moments where bodies and hearts let go and surrender. His hazy shots of anonymous romances, his subjects sweating on the dance floor or in the evening’s fleeting, in-between moments, reveal something specific to the party life, something he calls “public intimacy” (the title of his book), as well as “an obsession with the split realities of people and their lives at night,” as he puts it.

Every image looks like a film sequence in the way the light gently caresses each character and gives them an aura that is both sensual and modest: a subtle lighting arrangement, which can be tricky in a context where the neon and strobe lights — just like the subjects — are unpredictable. The young photographer took years to refine his technique and made it his signature.

“I wanted to diverge from the traditional nightlife photography that I saw out there. The idea is to create an imaginary story out of the images I make. I leave it to the interpretation of the viewer. They may see it as a romantic love story or just another moment everyone will forget,” adds the artist, who also performs as a techno musician in the duo Haffenfold.

“Me, I like going to parties but I don’t drink, I don’t need alcohol to get in a good mood, I just need the right music… so I became conscious of the power of the DJ (…) they have a huge impact,”explains Nigerian photojournalist Andrew Esiebo. With his vibrant Highlife project, he explores block parties, nightclubs, underground parties and big wedding events in Lagos.

“I wanted to highlight the nightlife of Lagos because it hasn’t been projected in the global narratives of the city. When people talk about Lagos, they talk about crime, the fact that the state is not functioning very well… When they want to say something good it’s usually about business or movies,”he notes. What people eat, how they dress, how they dance, and the various settings are all his subjects — as well as the way music can lead to collective ecstasy.

The pure energy that emanates from his photos is perhaps due to the fact that these crowds bring together all different social classes — especially during street parties, which Andrew Esiebo enjoys photographing the most. “Lagos is a very hectic city, it’s [a tough city to live in for its residents]. “Highlife” shows their resilience, they still want to party hard. In Lagos, you work hard and you party hard!”

“I’ve been to both extremes: partying all the time for months and not partying at all for two years. These days, I try to find a balance,” says young photographer Sabrina Djeblaoui on her relationship to clubbing, which inspired her to create a photographic series. It became a project that got a lot of attention, Nacht Clubs Berlin, which focuses on people coming out of techno clubs.

It’s 10 a.m. outside the Berghain, the Tresor, the Sisyphos. For some, it’s time to go home. For others, it’s time to go look for an afterparty, sunglasses on. Is this a lookbook of the most stylish, most radiant clubgoers after hours or even days of partying? No, it’s more than that, according to the artist. “I wanted to show that ‘underground’ culture has changed and that it has also become mainstream: because of the fashion world borrowing its look, because of social media, recreational drug use, etc.”  She also quickly used the series’ success on Instagram to warn people about the dangers of GHB and to encourage clubgoers to share their experiences, good or bad, of partying in Berlin.

Most of these spontaneous portraits shot on film were taken before the pandemic. “It’s the memory of party days before COVID, the memory of my early years in Berlin. I am so grateful to these people who agreed to have their photos taken, often when they were in a vulnerable state,” says the photographer, who is currently preparing for a new project in Mexico.