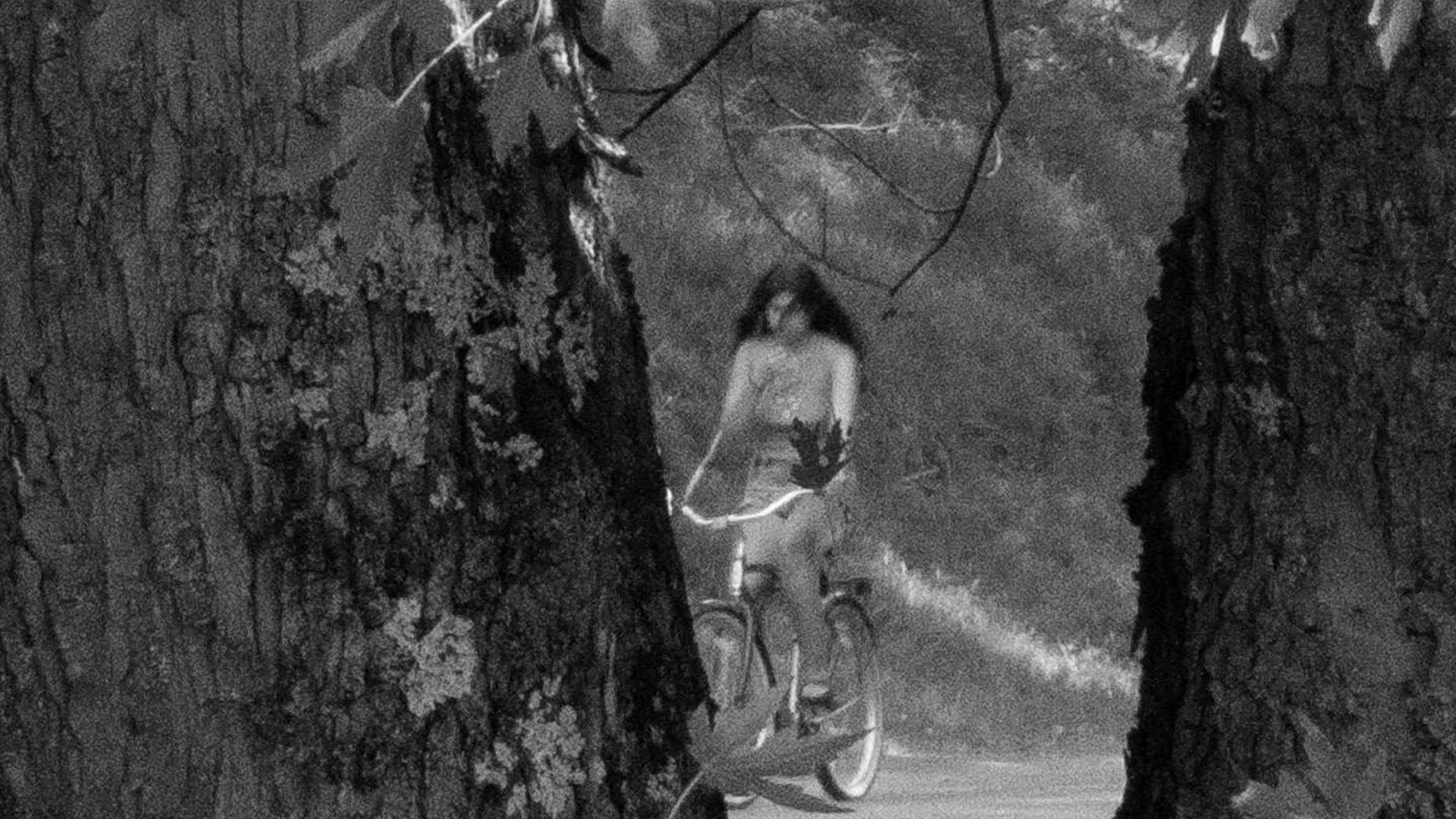 When COVID hit New York City last March, placing one of the busiest cities in the world in a seemingly endless period of stasis, the photographer Brea Souders moved upstate to a remote area, staying at a home situated at the end of a cul-de-sac. During that intense period of isolation, she began to notice people who, with nowhere else to go, would walk to the end of her road, a road that led nowhere. Armed with a macro lens, Souders started to photograph these wanderers, capturing glimpses of them between the bushes and trees. Through the distance and foliage, their identities are blurred, but an overwhelming sentiment of loneliness and seclusion remains.

These black-and-white works, titled End of the Road are the subject of a new online exhibition at the Bruce Silverstein Gallery in New York. The thirty prints comprising the exhibition span almost an entire year in lockdown, from the early buds of spring to the first snowfalls of winter. In one image, we see a man through a tangle of branches that are dotted with raindrops, illuminated so brightly they look like string lights; in another, a woman’s face is barely discernible through a cover of autumn leaves. Souders took these photographs from behind a window screen, rendering a grainy texture like the white noise of a television searching for a signal, reminiscent of a newly disconnected world.

There’s an element of voyeurism inherent in the work; from Miroslav Tichy’s pinhole camera photos of women in various states of undress, to Jeff Mermelstein’s photo series capturing phone screens on the subway, people are interested in photos documenting private moments. There’s a sense that the true self is revealed when no one is thought to be looking. But while Tichy or Mermelstein focused their lens on surreptitiously capturing and revealing the individual, Souders’ work focuses on the collective experience of the pandemic and a year in isolation. In her photos, there are brief moments of joy; a man carrying a ladder smiles to no one in particular. Others are more forlorn. But for the majority, these walks are of a meditative nature, a contemplative exercise as people lean into their sudden solitude. With the loss of comfort and familiarity, a walk to the end of the road is not as pointless as it may initially seem.

Perhaps most important is this return to nature, something modern life tends to overlook. As American novelist Walt Whitman wrote, in a paean to the natural world: “After you have exhausted what there is in business, politics, conviviality, love, and so on — have found that none of these finally satisfy, or permanently wear — what remains? Nature remains.”

End of the Road, by Brea Souders, is on view in Bruce Silverstein Gallery’s online viewing room until March 13, 2021.