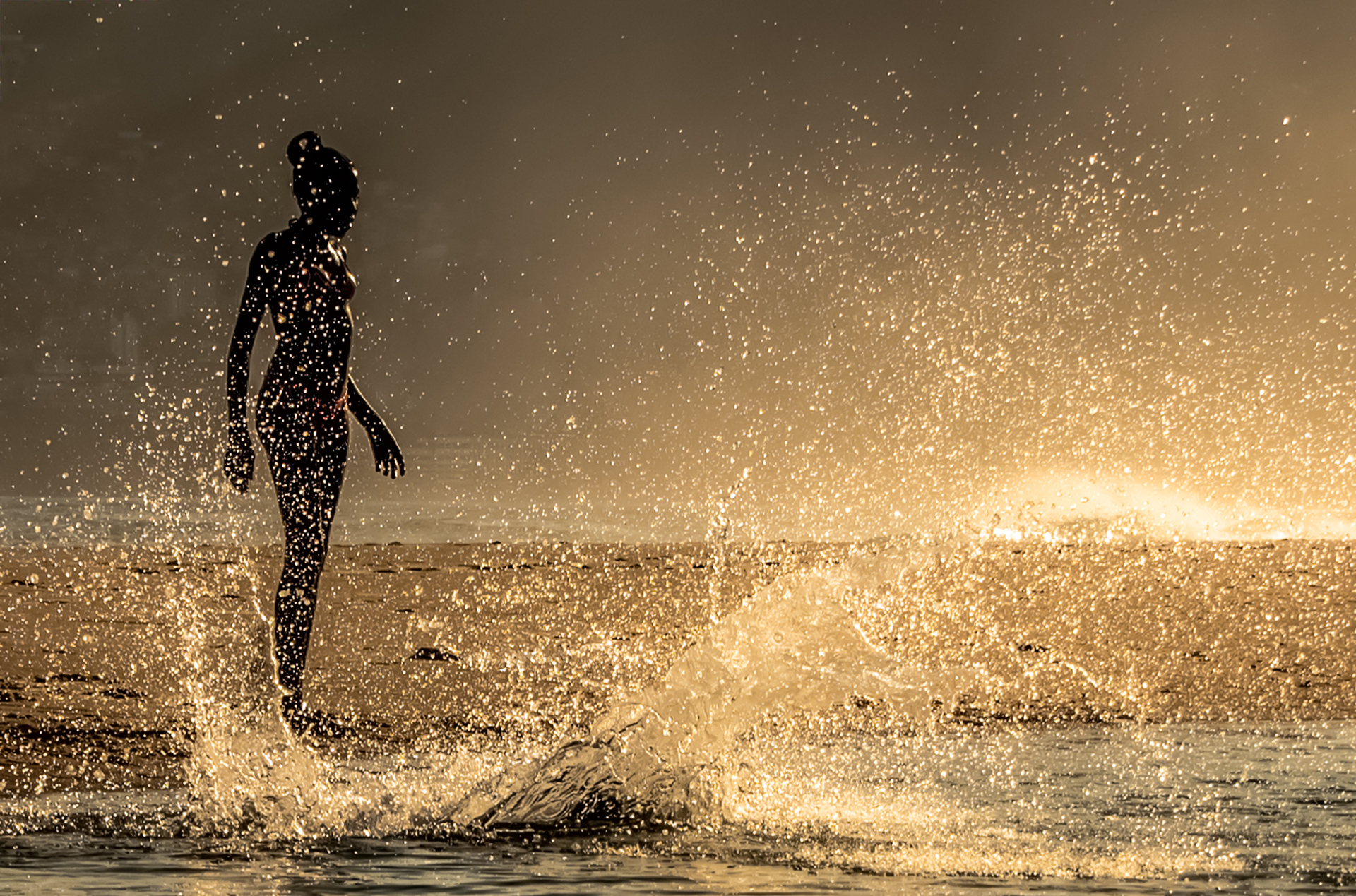 After taking up photography at age 60, Sandra Cattaneo Adorno returns to her childhood playground to create a love letter to her native Brazil.

Synonymous with paradise and glamour, Ipanema rose to fame as the exclusive playground of the wealthy elite, where songs of love and splendor were written to the tall, tan, young, and lovely girls sashaying along the waterfront. But today, Ipanema has become an inclusive space, welcoming Brazilians from all walks of life to revel in the pleasures of sun and surf.

After taking up photography at age 60, Sandra Cattaneo Adorno understood the power of images, and how they can reveal the subtlety of our existence. In 2016, she returned to Ipanema, the dazzling landscape of her childhood memories, to create a series of photographs that would become a book, Águas de Ouro (Portuguese for “waters of gold”).

Cattaneo Adorno grew up in Rio de Janeiro during the 1950s and ‘60s, just as bossa nova music took the globe by storm with its idyllic images of paradise. Although her British mother did not permit Cattaneo Adorno to go in the sun while visiting the beach, the young girl was mesmerized by the gentle sway of the people moving slowly across the glittering sand, their graceful silhouettes glowing like a samba song.

It was only natural that one day Sandra Cattaneo Adorno would return to pay homage to the Edenic splendor that has left such a powerful impression on her sensibilities. Printed with gold and silver inks, Águas de Ouro sparkles, shimmers, and shines like the sun dancing along the waves that roll softly toward the shore. Finely attuned to the nuances of light, color, movement, and body language, Cattaneo Adorno uses photography to fuse the present and the past, capturing the bittersweet yearning that Brazilians call saudade—intense feelings of nostalgia and melancholy for a love long gone.

Cattaneo Adorno’s timeless images of cariocas (natives of Rio) living their best lives on the glistening shores capture the joie de vivre that they maintain despite the hardships they may endure. “Most people who live in Rio have a difficult life,” she explains. “There is too much inequality, corruption, violence and they have access only to poor education and health. I think they try their best to keep upbeat despite the circumstances that surround them.”

Thanks to public transport, cariocas can now travel to Ipanema to escape the stresses of daily life. “The people I photographed create an energy that is much more powerful and interesting than what I remembered as a child,” Cattaneo Adorno says. “There are many more people and lots more action. I tried to capture that energy with my camera by being part of the action that was unfolding all around me. Sometimes I lie down and end up in the water and splash myself.”

With camera in hand, Cattaneo Adorno shows you can always go home as long as you understand that home is a state of mind above all else. Eight years after she took up photography, Cattaneo Adorno’s work was featured in Gulnara Samoilova’s landmark 2021 book, Women Street Photographers—a reminder that you are never too old to follow your dreams.