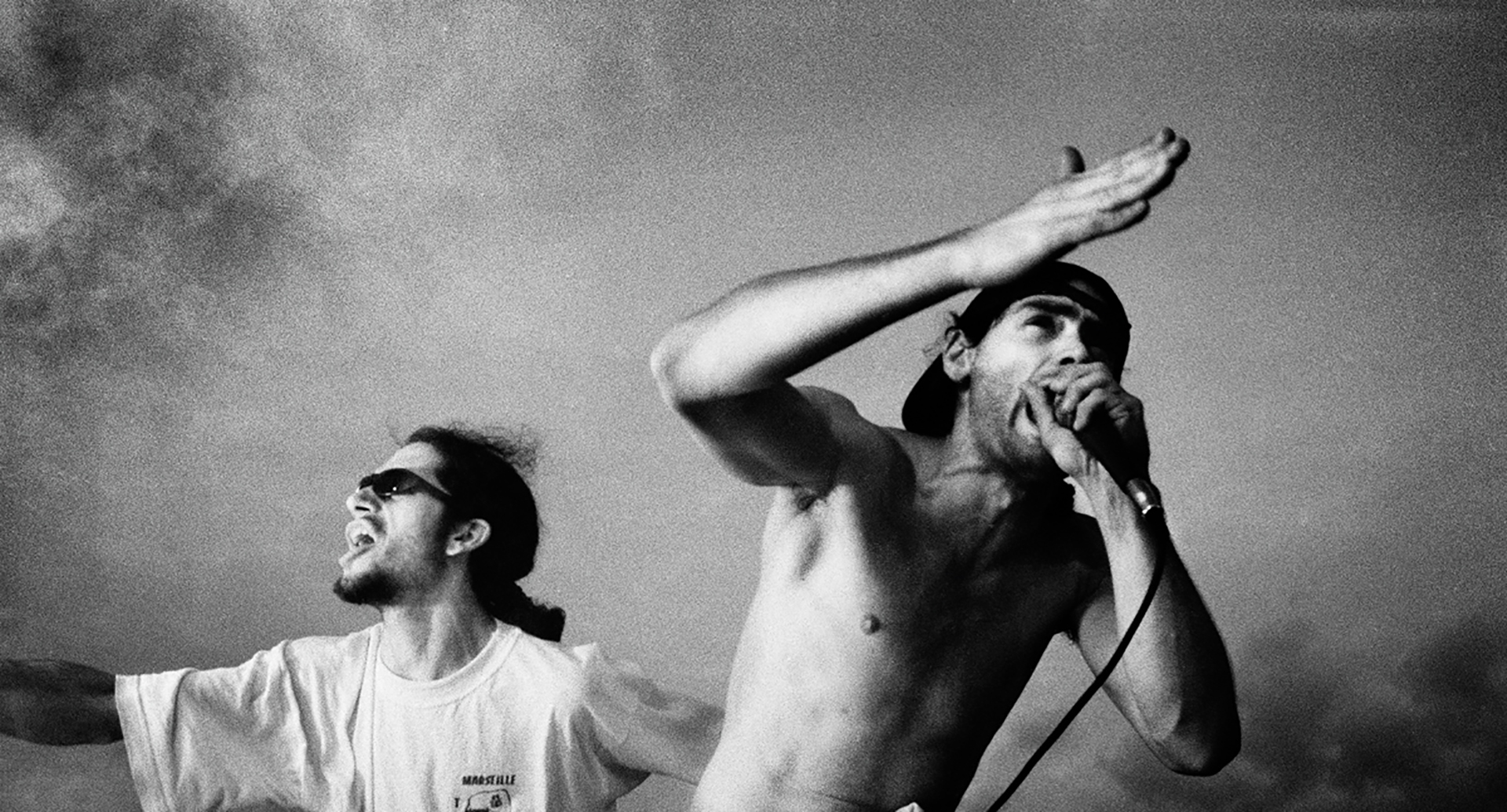 Inside the Fervor of Marseille Football Fans

Former editor-in-chief of L’Equipe Magazine, now a gallery owner specialized in sports photography, Jean-Denis Walter writes a regular column for Blind. Today, on the occasion of the OM – PSG football match, he talks about an unrecognized series of photos: “Velodrome, the twelfth man”.

I was on the jury of the Paris Sport Photo competition last spring, and among the members of this austere assembly, seated to my left, was Jonas, director and founder of the Blind magazine that you are reading.

When the category “series” came up, Jonas discovered the submission by the photographer Lionel Briot, titled “Vélodrome le douzième homme” [“Vélodrome the Twelfth Man”]. He couldn’t suppress a cry of protest at the tepid enthusiasm of our co-jurors: “If this was a Magnum photographer you would have proclaimed him a genius.” For my part, I kept my mouth shut because I have representing Lionel for years, and specifically with this series of which I offer the original prints, and it would have been inappropriate to push the work of one of my own artists. One shouldn’t press one’s luck.

When our deliberation had come to a close, our eyes smarting from thousands of images projected on the screen, and Jonas and I found ourselves in the street, I said to him, “If you like, I could tell the whole story in Blind.” “Great,” he replied. So that’s what I’m going to do. Nothing to it, I’m just doing my job.

“Vélodrome” is a project about soccer in which you never see action or even a ball. It is the result of a ten-year-long immersion among the rowdiest audience in France, at the Velodrome stadium, home to Olympique de Marseille (OM), a French professional football club. The “Vélodrome” has changed names a while ago, but the stadium of off Boulevard Michelet, which has had a long history among Marseille natives, will forever remain the “Vélodrome.”

Lionel Briot identifies with Marseilles: it’s not just a city of passage or even an adoptive city, not just a cool place to settle down. Marseille is in his blood, if you know what I mean, and after years of travel, various stints, and a career as a commercial and fashion photographer, he has returned to the age of reason. This was in the early 1990s.

To start with, he set up a studio and was doing no more no less than what he had done in Paris, that is, photographing pretty girls in pretty dresses. But he felt the need to do something else, something closer to what he really loves: human contact.

Visiting the Velodrome for the first time in years with some friends, he felt the vibe, the crazy, contagious energy. Right then and there he decided this would be his next subject matter. Nothing could better capture the of Marseille story and its madness than getting immersed in the stadium on a game night.

His first steps were timid: he had to show his credentials. Ultras are not fond of photographers. He would visit them on their home turf, explain his project, convince them of his sincerity … and the following football game, one of the “capos” (as these hardcore football fans call their leaders) put his arm on his shoulder and had him sit down at the bottom of the bleachers, facing the public. This was a kind of anointment that gave him carte blanche and an open bar. He thought no one had paid attention, but in fact thousands of pairs of eyes took note. Lionel could settle down to work.

Most decisive was his meeting with Patrice de Peretti, aka “Depé,” founder and leader of the supporters’ group MTP (Marseille Trop Puissant). His friendship with this great figure of the Ultra movement opened a lot of doors. This was 1998, and the next four years were the most intense period in Lionel’s work. He was like in a trans.

And the work was remarkable. Lionel followed Robert Cappa’s maxim to the letter: “If your photo isn’t good, it’s because you aren’t close enough.” He was also guided by “Depé’s” advice, which wasn’t really advice, but rather a modus operandi. The capos spend their game haranguing their crowd, pushing them to give their all. Most of the time, they are facing the audience and have their backs to the game: “I look at the game through the eyes of my people,” Lionel was told. And in taking his photographs he followed suit. He tells OM’s story through the eyes of the fans.

We can feel the power, the pressure, we get the full measure of the collective hysteria. If you listen carefully and immerse yourself in the photographs, I bet you can hear the din, the screams, the chants, the drumming. Above all, the rhythm passed down from the time of Marseille’s “Movida” and the great rappers who grew up in this city.

You might say, all stadiums are alike. Having been to quite a few during my years at L’Équipe, I can tell you that they are not. There some, like Anfield, La Bombonera, Celtic Park, or Bollaert that can make your spine tingle with excitement, but Marseille’s Vélodrome has a particular character. Let’s say it’s hot. Marseille will forgive the players anything except being bad, febrile, or worse disengaged. The fans give their all and expect even more in return. They can be ruthless. Some players can’t handle the pressure, and they get block. Others feed off of it, and they become great. Wearing an OM jersey can be a dream come true or a nightmare. Lionel’s images make you feel it.

Looking at Lionel’s photographs and lending them your ear is a journey. A journey that “everyone” in Marseille makes as often as they can, from the residents of the northern districts to the middle-class of the city center, to get their adrenaline fix. Lionel Briot brings you along for the ride and makes you experience all this without you having to move. The dude is too real.

You don’t need to like Marseille, you don’t even need to like football to be infected by this passion. It can be intimidating, sometimes overpowering, but it takes hold of you and gets deep under your skin. This is what Lionel tells us with brio.

Galerie Jean-Denis Walter. 87 Quai de la Marne. 94340 Joinville le Pont (at the outskirts of Paris). Open by appointment: contact ahead of time to make sure you find the door open.