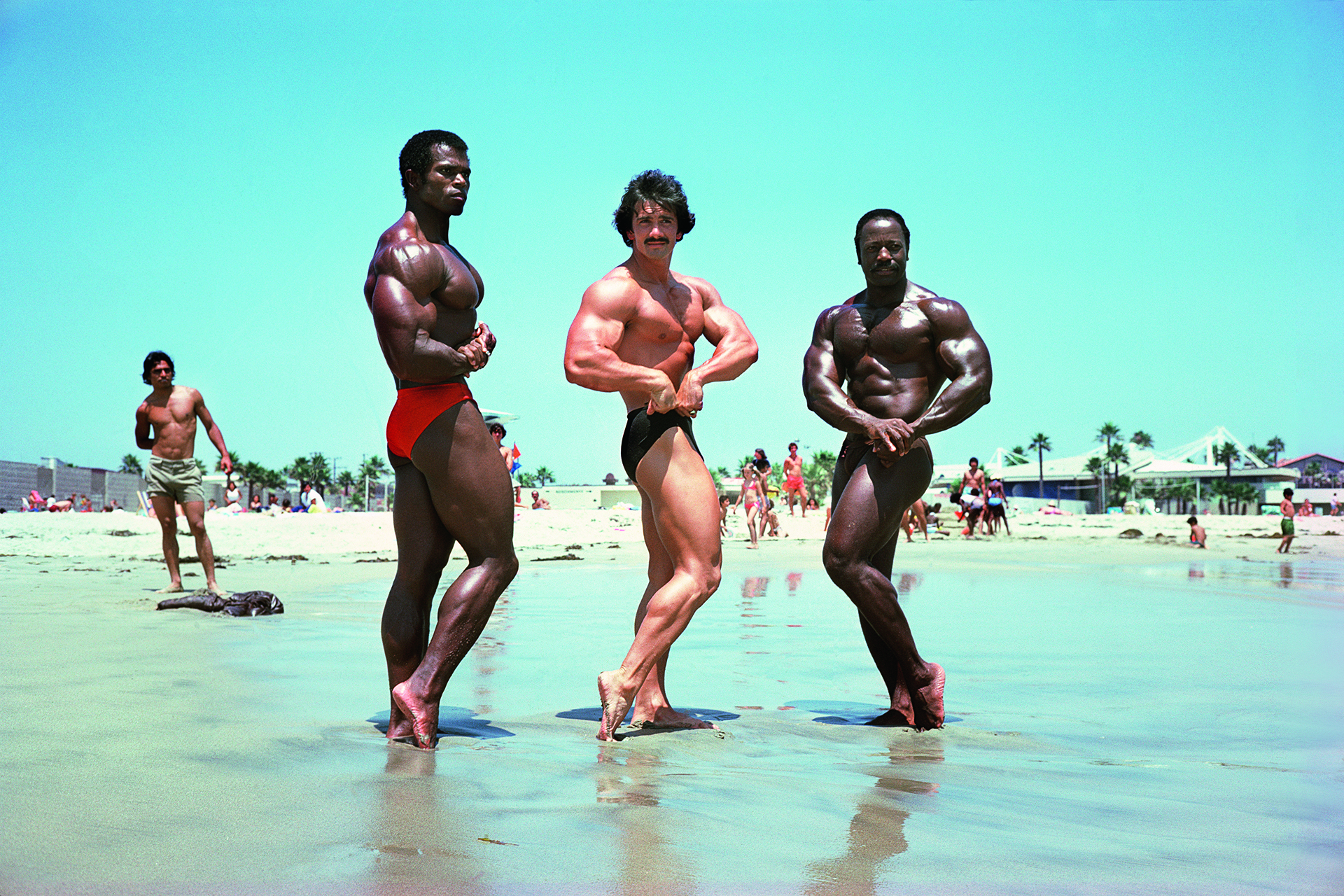 Blind presents a selection of the best photobooks of the year: some gift ideas for your loved ones.

It’s impossible to recap a year in publishing or name every one of the vast number of photobook releases. More precious than ever during lockdowns and museum closures, these precursors to photo albums have been one of the pillars of the medium since its inception. And interest in them is only growing, as shown by the many prizes recognizing exceptional photobooks around the world; not to mention the fact that they have become collector’s items in their own right. Our subjective selection reveals a few trends: works based on face-to-face encounters and connections between photographers, artists, painters, and anonymous people. These trends point to a larger pattern: transdisciplinarity and taking down barriers between arts, professionals, and amateurs. Here are ten books where photography goes hand in hand with retrospective, discovery, surprise, commitment, and humor!

His work marked the heyday at Vogue and Elle magazines, before being exhibited in prestigious museums around the world. Helmut Newton’s archives are now gathered in an eponymous foundation in Berlin. Provocative and quirky, Helmut Newton’s images often make people cringe. Born in 1920 in Germany, Newton (d. 2004), made his mark on the world by breaking free from the established rules and developing the image of a sensual, erotic, often strong, and even dominating woman. An overview of fifty years of his work, the book brings together Newton’s most iconic images — fashion shots, portraits, and nudes — as well as revisits some lesser-known pictures, in black and white as well as in color. Look forward to making some great discoveries.

“Les oubliées,” or the forgotten women, are, Anaï Boudot explains in her essay, those figures in art history who were “relegated to the rank of muses, models and companions,” and more generally women who remained in the shadows. Having paired Antoine d’Agata and Francis Bacon, The Eyes Publishing invited Anaïs Boudot to respond to works on glass plates by two major twentieth-century artists—Brassaï and Pablo Picasso. In keeping with her work characterized by photographic experimentation, the young graduate of the École Nationale de la Photographie and of Le Fresnoy has developed a series based on her personal collection of glass plates from the 1920s to 1940s representing women. A real gem, this book shows the parallels between the three artists through a clever arrangement of pages and foldouts in different sizes and formats.

The titular wordplay sets the tone for the book, as does the eye-popping lemon-yellow cover. There is no need to introduce Martin Parr. His impertinent, oh-so-British view of the world —and especially of his compatriots —is inimitable: images enhanced with the use of flash in daytime, which accentuates the absurdity of the situation, sometimes to the point of cruelty when it comes to portraits. The Anonymous Project, in turn, is a collection of amateur color slides from around the world. It was launched in 2017 by Lee Shulman, who never ceases to bring this atypical collection of delightfully retro images to life. One of the most recent installations was featured at the Rencontres d’Arles in 2019: the visitors enjoyed an immersive reconstruction of a home filled with images to be discovered in dresser drawers, in the fridge, printed on rugs and cushions…  The book is designed as a visual conversation in which each double-page spread pairs a photograph by Martin Parr with an anonymous image. One can’t help but laugh flipping through this story of our lives: our seaside vacations, drunk nights out with friends, and roadside picnics!

On the one hand, we have the photojournalist Reza whose images have been published around the world in international magazines such as Life, Stern, and Paris Match. We will readily recognize his famous portrait of Commander Massoud made in the Panshir Valley in Afghanistan in 1985. On the other hand, we have the political cartoonist Plantu, who has regularly commented on current events for over fifty years, especially on the front page of Le Monde. These two personalities are brought together in an original publication: it is not a question of juxtaposing their work, but of a collaboration. Regards croisés presents eighty original creations where drawings and photographs merge to illustrate themes dear to both men: women’s rights, the environment, issues of power, political upheavals, etc. Their unique point of view on the history of recent decades is complemented by a commentary by those whom writer Pierre Bongiovanni describes in his introduction as “ink-and-image brothers.”

Working at the rate of one photograph per year over 47 years, Nicholas Nixon is the creator of what might be the most drawn-out series in the history of photography. The famous “Brown Sisters” have made him famous in many countries. But in France, apart from these images, Nicholas Nixon is little known. On the occasion of a mini retrospective at the Château d’Eau Gallery, Christian Caujolle, its artistic director, has handpicked a number of photographs from the American photographer’s fifty-year-long career. This selection is offered in a book published jointly with Atelier EXB. Whether Nixon is photographing his own children, plants, terminally ill AIDS patients, or the elderly, he always does it with utmost delicacy. “[H]e has refined his strategy of ‘getting close’ to his subjects, which transforms the photographic act into a human experience,” writes Gilles Mora in his introduction. This intimate connection with his models is never voyeuristic. Is it because the themes Nixon deals with — life, death, illness, and the passage of time — concern us all? No doubt, but it’s also because the “infinitesimal distance,” to quote the title of the book, is just right.

Vinyl records, which we gingerly place on the turntable, have become cult objects for any self-respecting music lover. Let’s face it, they not only bear witness to a bygone era: from Elvis Presley to Iron Maiden, they make the history of rock and its times unfold before our eyes. The book features 750 records “that made history,” as the subtitle to the bargain edition of this book puts it. Two hundred fifty of these come with a commentary by specialists. Some covers are famous because the records are rare, others because they caused a scandal. Yet others are the work of great photographers. This is the case of the Queen II cover artwork designed by Mick Rock who, in 1974, was inspired by a famous portrait of Marlene Dietrich by George Hurrel, the emblematic photographer of 1930s Hollywood glamour. Ten years later, in 1984, the group asked Rock to design a cover for their album The Works.

New York, Upper East Side, 1985: It’s the season of girlfriends and adventures… Their names are Molly, Jen, Zoe, Blake, Leslie, Rachel… They were teenagers experiencing everything for the first time: the first cigarette, the first kiss, a night out, the first boyfriend. As a student at the ICP, Karen Marshall began a documentary project on this group of girlfriends, sparked by her encounter with Molly Brover, then sixteen, who introduced the photographer to her circle of friends. Despite Molly’s accidental death several months later, Karen Marshall carried on until 2015. Time passed, the girls got married, had children… Meanwhile Karen Marshall kept in touch with them individually. The book weaves together thirty years’ worth of life stories. Its layouts were completed during Covid; the photographer sees this as a sign: “In a way, it makes sense that a project like this, which speaks to the ties that bind us, is now shared by the world.”

When we hear the name of Robert Doisneau, Willy Ronis, Sabine Weiss, key figures in humanistic photography, some image immediately springs to mind. But who has heard of René Maltête? The imposing volume published by Editions du Chêne and edited by Audrey Hoareau, finally does justice to the photographer. Based on archival research, it brings together 300 black-and-white images and a handful in color, taken between 1950 and 1970. Born in 1930, René Maltête was a member of the Gamma and Rapho agencies. Like his colleagues, he looked at the world with a benevolent, compassionate eye, finding poetry in the ordinary. His favorite themes are Brittany, the world of farmers, artisans, and laborers, Paris, vacations, etc., to evoke some thematic chapters in the book. “It is easy to worship something two thousand years later. It is difficult to grasp the truth in the moment as it buzzes around you every day,” wrote René Maltête. His words are more relevant than ever in a world governed by immediacy. While he gives us a glimpse of a world of yesterday, René Maltête also inspires us to reflect on the world of today.

For the past fifteen years, Frédérique Daubal has worked in graphic design, as art director for brands, and in textile design and publishing. Paul Smith, Kenzo, Éditions Rouergue, and the l’Institut Français de la Mode are among her clients. She has a keen eye for shapes, colors, and materials. Her personal work, developed in parallel with her commissions, is informed by her know-how. This 312-page book gathers no fewer than 560 visual creations. A real treasure trove!

Picture a portrait with a cabbage leaf for a mask, glasses covering the eyes, cheekbones sewn with pink thread, or a tomato in place of the head. Using different techniques — collage, superposition, staging, etc. — Frédérique Daubal has fun deconstructing the coded world of magazine iconography. Her pleasures are contagious. Why not enjoy a healthy dose of humor and the absurd?

An ode to nature, this work features not photographs but prints obtained through a non-reproducible process. Born in Brazil in 1954, Luiz Zerbini is adept at artistic diversity: he practices sculpture, drawing, photography, as well as video. These astonishing portraits of plants are reminiscent of the cyanotypes of Anna Atkins, author of what is considered the first photography book. To produce these prints, the Brazilian artist arranges leaves, flowers, or branches directly on a previously inked metal plate before placing a sheet of paper on top. The resulting print is an imaginary rainforest of color exploding in bloom in this large-format book published by the Fondation Cartier pour l’art contemporain. Luiz Zerbini was also featured in group shows at the Fondation in 2018 and 2019.

Sophie Bernard is a journalist specializing in photography, a contributor to La Gazette de Drouot and Le Quotidien de l’Art, a curator, and a teacher at EFET in Paris.