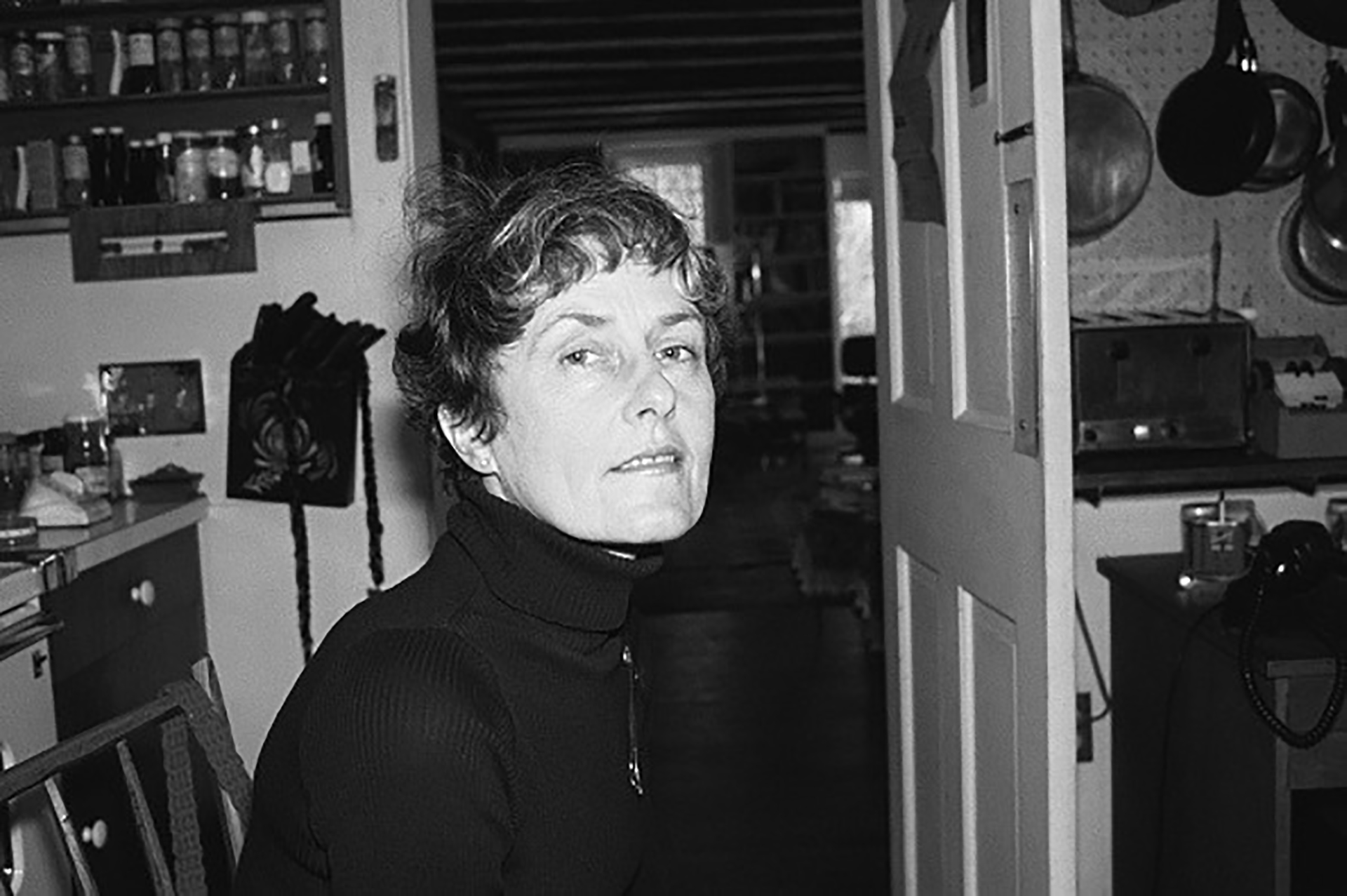 Inge Morath: For the Record

Successors to a suspended time, whose images continue to enrich the world history of photography and our own impatient eyes. Blind shares the memories of some magical encounters with these virtuosos of the camera, soloists in black & white or in color, artists faithful to gelatin silver photography or bewitched by digital technologies. Today: Inge Morath, a woman of the world in love with the moment.

My memory is all over the place, and sometimes, almost automatically, associates one name with another. Thus Marilyn Monroe (1926–1962) brings to mind Inge Morath (1923–2002), and vice versa.

I met Inge Morath on New Year’s Eve 1999, when her black-and-white retrospective was featured at the Fnac-Étoile, in Paris. Marilyn, naturally, was a topic of conversation. As was the shooting of Misfits (1961) in Reno, Nevada, a John Huston film with Clark Gable (his last role), Montgomery Clift (Shakespearean), Eli Wallach (the third man), Thelma Ritter (perfect). Other Magnum photographers, including Inge Morath in tandem with Henri Cartier-Bresson, met in Reno and worked exclusively for posterity.

Speaking perfect French, Inge Morath rekindled the romantic flame of the unforgettable heroine of Misfits, as if her contact sheets were still there, in front of us: “Marilyn was amazing, because she moved in a natural and sophisticated way, it was incredible. Like the Queen of England, she had translucent skin. Depending on the day, she could be funny, other times seemed troubled. I tried to take pictures of her where she wasn’t posing, like the one where she’s dancing.”

These photographs are mythical, because of their melancholic beauty as much as because of the person who, at the end of her life, embodied femininity subjugated to Hollywood.

Inge Morath : from post-war to Hollywood

Inge Morath possessed Bergmanian beauty. In her snapshots of the streets of Reno or at the Mapes Hotel (sadly, demolished in 2000), there was no desire to track down the star behind the façade or reveal inconsistencies: Marilyn was Marilyn, whether she posed for an audience or not.

Nor was Inge Morath, unlike her peers from the Magnum agency—including Eve Arnold—chasing a piece of gossip (or a piece of ass). That’s what we miss in today’s cinema: classy coverage, which, like the films themselves, would carry on the odyssey of the seventh art.

Her Hollywood foray wasn’t what turned Inge Morath into a legend. Born in 1923 in Graz, Austria, Inge Morath was first a translator, journalist, and editor during the post-war years, before finally choosing photography. “It was a relief, like a deep-seated necessity,” she said, as if, in addition to the seven or eight languages she spoke, photography was the only one that allowed her to express what she had to say: “I understood that I could give form to a thought.”

As comfortable with words as she was with images, Inge Morath, who had been traumatized by the war of 1939–45, joined Magnum in 1953. In 1955, she became a full member of the agency which stood for a certain idea of freedom—and of masculinity. Among those who trained her, in addition to her studies in Berlin and London, Inge Morath liked to mention Ernst Haas and his penchant for color (“I learned a lot from him”), Robert Capa (from whom she tried to learn to waltz), Henri Cartier-Bresson, with whom Inge Morath worked as an assistant, including in news reporting (“I would show him my contacts, and just before looking at them, he would always say: ‘Don’t tell me it was difficult, I don’t want to know anything about it!’ ”)

In a nutshell, as Robert Delpire put it, Inge Morath was “a great gal.” Delpire published her first book, Guerre à la tristesse, in 1955, with a text by Dominique Aubier. A year after Morath’s death, in the fall of 2003, Delpire exhibited seventy-five small-format photographs at the Henri Cartier-Bresson Foundation in Paris.

The images he selected revealed the breadth of Inge Morath’s knowledge, as if none of the countries she had visited — Iran, Spain, the USSR, South Africa, Mexico — had been able to satiate her curiosity and her passion for human beings, their customs, their rituals, and their joys.

Inge Morath’s knowledge of languages opened many doors, as in Romania, the birthplace of Constantin Brancusi, which she photographed in 1958, under the communist regime. Or during her first meeting in Manhattan with the genius Saul Steinberg (1914–1999), who was amazed by her Romanian and, when she visited, came out “wearing over his head a paper bag on which he had drawn his self-portrait.”

Together, they made « The Mask Series », a rare modern gem, and hilarious to boot, proving, once again, that artistic friendship is not just a fantasy.

There is an undeniable pleasure in perusing the archives of photographers of that era — which wasn’t even all that long ago — particularly when they belong to a woman of the world attentive to others, whose mellifluous prose is a key strength.

Inge Morath : show the world as it was

Inge Morath’s written testimonies shed light on the countries she visited, focusing here and there on landscapes, men and women in the street, anonymous people of all nationalities. Exchanged glances, sketched dialogues, accepted poses. This globetrotter enamored of the moment took no photo on the sly, whether she was facing a gypsy family in Killorglin, Ireland, workers sorting diamonds in Johannesburg, South Africa, fishermen talking on the beach in Mahdia, Tunisia. This ease of being on the ground, of grasping the situation and knowing where to stand, comes across in all her work, including portraits of celebrities (Louise Bourgeois, “strict,” with her “mane of hair”; Alexandre Calder, Inge Morath’s Connecticut neighbor) and her own stoic self-portraits, without a trace of narcissism or pretense.

After marrying in 1962 the American playwright Arthur Miller, Marilyn Monroe’s ex-husband, whom she met on the set of Misfits, Inge Morath traveled with him to Russia and Mao’s China. “He is a fair person,” she once told me, “and I love it when he reads his plays to me. He is a formidable reader. Every playwright is half an actor.” Together they coauthored books.

By Brigitte Ollier
Brigitte Ollier is a journalist based in Paris. She has worked for over thirty years for the newspaper Libération, where she created the column “Photographie.” She is the author of several books about a few memorable photographers.


Warning: Trying to access array offset on value of type null in /home/www/blind-magazine.com/wp-content/plugins/elementor-pro/modules/nav-menu/widgets/nav-menu.php on line 1453

Warning: Trying to access array offset on value of type null in /home/www/blind-magazine.com/wp-content/plugins/elementor-pro/modules/nav-menu/widgets/nav-menu.php on line 1466

Warning: Trying to access array offset on value of type null in /home/www/blind-magazine.com/wp-content/plugins/elementor-pro/modules/nav-menu/widgets/nav-menu.php on line 1477

Warning: Trying to access array offset on value of type null in /home/www/blind-magazine.com/wp-content/plugins/elementor-pro/modules/nav-menu/widgets/nav-menu.php on line 1490
Menu