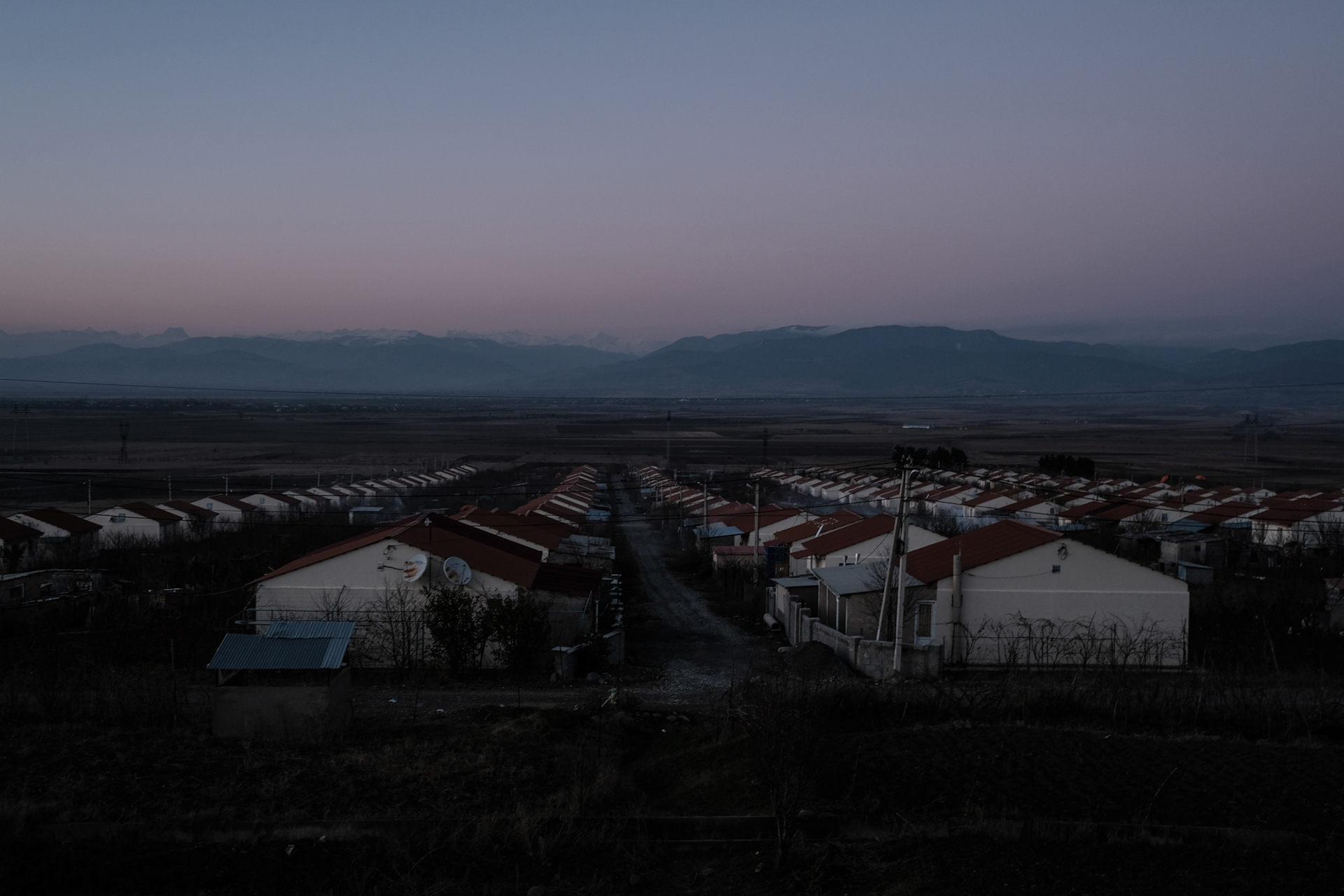 Photographing the Russian Occupation of Georgia

Robakidze’s project “Creeping Borders” looks at the Russian presence in Georgia, and the effects of the installation of artificial barriers along the occupation line on the lives of both individuals and whole communities.

This years’ winner of the Stanley Greene Legacy Prize and Fellowship is Tako Robakidze, for her long-term series “Creeping Borders.” The prize is administered by NOOR, a global collective of journalists, and the NOOR Foundation, a non-profit that works for social change through documentary work. Robakidze is a native of Georgia and was born in the last years of the Soviet Union. She grew up in a difficult time in Georgia during a civil war, without electricity and gas, but with many stories of injustice and human rights violations.

After the collapse of the Soviet Union in the early 1990s, Russian back separatists in the Abkhazia and Tskhinvali regions of Georgia began fighting for independence from the country. The fighting displaced roughly 300,000 Georgians. In 2008, there was a “Five Day War” fought over the territories between Russia and Georgia, at the end of which roughly 20% of Georgia fell under Russian control. Since 2011, the Russian military has been building up the artificial borders between the Russian-controlled sections of Georgia and the rest of the county. “That’ why I decided to study Law at the university. The knowledge I gained there made me even more sensitive to social themes and gave me a more in-depth understanding of what Human Rights mean,” said Tako Robakidze.

At the same time, Robakidze also began studying photography. Parallel to the university studies, she enrolled in a school of documentary photography named “Sepia,” where she met her lifetime teacher David Tskhadadze, who introduced her to documentary photography. “I learned about amazing human stories through visual narration,” she said. “And I felt that I discovered something that would become my way of living. I found the most perfect way of expressing my thoughts.”

As the Russian occupation has continued, their practice of reinforcing the lines they see as borders has left the local communities divided in more ways than one. It is not just the physical barrier, but the division of family and community that has also had a major effect on life in Georgia. “The installation of barbed wire fences and artificial obstacles considerably affects the everyday life of the local population till today, dividing families and communities, preventing people-to-people contact; blocking access to emergency medical services, educational institutions, agricultural lands, to water; because of the threat to lose the land, farmers stop planting and plowing grounds,” Robakidze explained. “Wires cut the gardens into parts and leave the families without any financial income. Inhabitants no longer have the possibility to freely send the cows to pasture. People are not allowed to visit the graves of their relatives whether it is Easter, Birthday or date of the death, in this case symbolically they light a candle and drink wine to remember their deceased relatives nearby the barbed wire fence.”

Those caught crossing the lines the Russians see as “borders” are detained for “illegal border crossing,” and face an uncertain fate. People who are detained for “illegal border crossing” are jailed in Tskhinvali (Capital city of self-declared Tskhinvali region/South Ossetian Territory). “At this point, no one knows when the trial will be and what decision will be made, nobody knows when these people will be released, in one month or in a year. These detentions are used as psychological pressure on the local population. There was a tragic case in 2018, when a thirty-five-year-old Georgian, Archil Tatunashvili, was detained by the Russian-controlled occupation forces on February 22, he was tortured and killed on February 23. The body of Archil Tatunashvili, was given to the Georgian authorities after 26 days from death,” Robakidze told.

With the prize money from the Stanley Greene Legacy Prize and Fellowship, Robakidze plans to continue her work look at the borders of Georgia: “I want to continue to work on the story of occupation in my country. With the help of The Stanley Greene Legacy Prize and Fellowship I am about to start the next chapter. I am keen on covering stories from the perspective of people, who still have access to the occupied territory, to bring more insight and relevance to the topic. And I hope to start a separate platform on my website, that will be dedicated to continuing the stories of people affected by war and those who are left with no home in their homeland.”

Robert Gerhardt is a New York based photographer and freelance writer. His photographs and writings have been published nationally and internationally including in The Hong Kong Free Press, The Guardian, The New York Times, and The Diplomat.

Tako Robakidze’s work can be seen on her Instagram. Information about the Stanley Greene Legacy Prize and Fellowship can be found here. NOOR’s website can be found at www.NOORImages.com.

Read More: Igor Mukhin: From the USSR to Russia