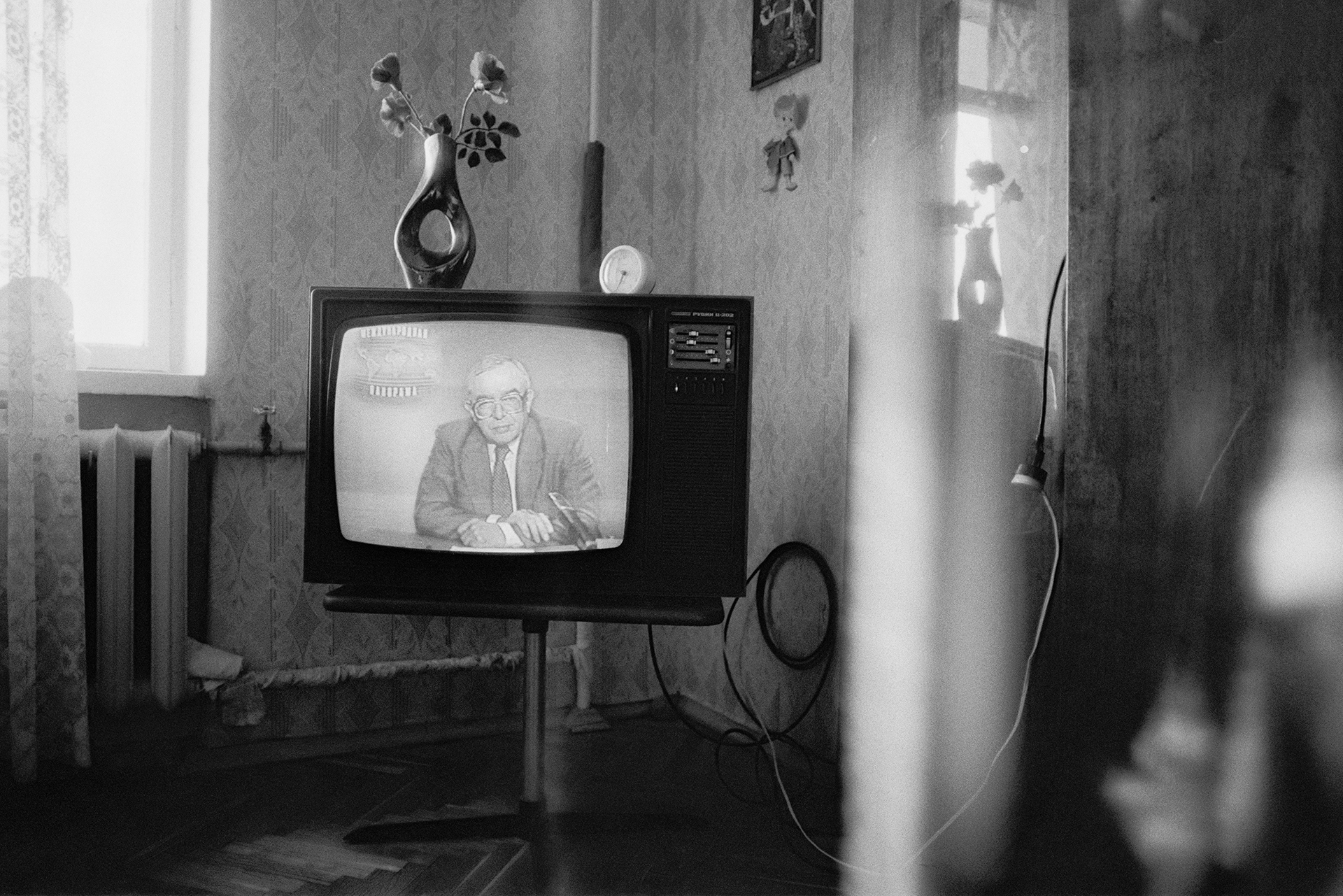 Igor Mukhin: From the USSR to Russia

Quite unknown outside of his country, Igor Mukhin takes us on a tour of his native Moscow, from the 1980s to the present. This photographic journey, crisscrossing the city and traveling through history, can be savored in an exhibition or in the book, Generations: From the USSR to the New Russia.

If one were to count on the fingers of one hand the most important events of the twentieth century, the breakup of the Soviet Union would certainly make the cut. Marking the beginning of a new era, thirty years to the day, the anniversary of this event has strangely passed unnoticed. Or almost. The Maison Robert Doisneau, located in a suburb of Paris, brings to life the atmosphere of the years before and after the collapse of the communist regimes in Eastern Europe, as seen through the lens of Moscow photographer Igor Mukhin.

From Gorbachev to Putin and Yeltsin, Igor Mukhin has seen many presidents. These political figures correspond to three distinct historical periods in Russia, and the watersheds of 1985, 1991, and 2000 stand out in his chronology. The focus is mainly Moscow, Mukhin’s hometown and Russia’s heartland, which he has been photographing for nearly forty years. During that time, Igor Mukhin has captured the changing fashions and the transformations of the city’s streets and domestic spaces. “Although he started out in 1985, [Mukhin] only really became aware of pursuing documentary work in the mid-1990s, when the country had moved from socialism to capitalism,” commented Olivier Marchesi, co-curator of the exhibition and editor of the book, who has been working on the Russian photographer’s oeuvre since 2017, when he first met Mukhin in Moscow.

It is not so much the facts as the overall atmosphere that is captured in Mukhin’s images handpicked for the book and the exhibition from among a staggering total of 800 rolls of films, or minimum 15,000 images taken every year. Self-taught, Mukhin was given his first camera at the age of sixteen, in 1977. Working in Soviet Russia, in the grip of a totalitarian regime, “the darkroom where he developed and printed his images was a space of freedom,” noted Marchesi. In 1985, when Mukhin attended a soccer match, he noticed a group of young people with long hair and denim jackets. “He asked them if they would pose for him, and they agreed.” This was Perestroika, the presence of the KGB was less oppressive, and Mukhin launched into a project that is still ongoing.

His pictures show two worlds existing side by side: on the one hand, the street with dignitaries and ordinary passersby, and, on the other, the underground and youth rebelling against the system, thirsting for freedom, and in thrall with life. One example of such contrasts: a portrait of Lenin displayed in a store next to a Rolling Stones record.

Igor Mukhin went on to capture the Yeltsin era. His unusual style reflects the chaos of the period. As free as his models — since he has always worked for himself rather than on assignment — Igor Mukhin gets up close to reality, truncating bodies and decentering his subjects. He favors overlapping views, combining blur and focus, alternating snapshots and posed photos. The unbridled quality of life comes across as much in attitudes and poses of his subjects as in the photographer’s own aesthetic.

Is Igor Mukhin an instinctive photographer? Not exactly. According to Olivier Marchesi, he is rather “falsely spontaneous, because when he sees a situation, he always has an idea in the back of his mind, knows exactly what he is looking for and takes the time to get it.” And, indeed, the chaos that dominates his images is only apparent: each shot is meticulously composed. He undeniably has a keen eye: the distance and the angle of view are always just right, and rather than of chaos one can speak of organized disorder.

Every detail counts: both in terms of a formal point of view and the information contained in the photograph. While people are the main subject of Mukhin’s work, always in the foreground, the city and its emblematic architecture, evoking strata of history, is more than mere backdrop. Moscow is a character in its own right. Igor Mukhin’s images deserve to be known and call for a close reading.