Arthur Drooker’s Light On The Land

Lockdowns and quarantines during the pandemic have challenged photographers. Those who travel for their projects have had to consider doing something almost unthinkable: making work close to home. I am one such photographer. My bibliography could pass for an itinerary. My first photo book, American Ruins, took me to more than twenty historic ruins throughout the United States. For its follow-up, Lost Worlds, I journeyed to more than thirty ancient sites in the Western Hemisphere. And in my most recent book, City Hall, I photographed civic architecture in fifteen US cities. Covid has postponed that kind of travel indefinitely. Confined to home and its environs, I pondered what to do. I never imagined that being in lockdown would free me up to take my photography in a new direction, resulting in some of my best work.

In March 2020 when Covid all but brought life in the US to a virtual standstill, my family began living part time at our new weekend getaway at The Sea Ranch, a remote community located about a hundred miles north of San Francisco on the Northern California coast. Founded in the mid-60s by a group of forward-thinking architects, The Sea Ranch gained international recognition for its environmental sensitivity. Homes, made of locally sourced materials, painted in earth tones, and sited unobtrusively, blended into the landscape, manifesting The Sea Ranch ethos of living “lightly on the land.”

As a photographer accustomed to working in the built environment, I felt like an alien at The Sea Ranch, adrift in its meadows and lost in its forests. In fact, during my first few weekends there I didn’t even bother to take a camera with me. After all, I’m a city boy; there was nothing to see. Rocks and trees? Ocean and sand? Who cares? Until one afternoon in late November. While hiking a trail, I was stopped in my tracks by shafts of sunlight boring through a tangle of tree branches and forming a pool of light on the ground. The sight was so powerful, even sacred, that the next day I returned to the same spot, at the same time, with camera in hand, and made the photograph “Tree of Light.”

This magical moment resonated in a way that I had never experienced as a photographer. I couldn’t ignore it. It was as if the landscape had jolted me out of my complacency and demanded I see it deeply. Thus began Light on the Land, a series of photographs I made while hiking the trails of The Sea Ranch over this past year. With light and shadow as my guides, I wandered through the hedgerows, down to the beaches, up on the bluffs, and into little-known places. The more time I spent at The Sea Ranch, the more its natural beauty enthralled me. From sculptural rock formations chiseled by the elements to the soaring embrace of a redwood fairy ring, its wonders reconnected me to nature, providing both new subject matter and an antidote to the pandemic’s confinement.

Instinctively, I chose to photograph in black and white for two reasons. First, black and white concentrates the eye on form, pattern and texture, sometimes to transcendent effect, while color tends to distract from these graphic elements. A memorable example of this happened on a beach where I photographed morning light sparkle on water running off to the sea, forming wavy lines in the sand. In color, this scene would’ve looked exactly as is, but in the black and white photograph, “Walk On Runoff,” it looks abstract, resembling stars glittering in the Milky Way at night. Second, black and white conveys a sense of timelessness.

The photographs I was making could’ve been made hundreds of years ago, and in some cases, millennia ago, and I want to think, despite the effects of climate change, they could be made millennia hence. I felt this sense of timelessness most dramatically while exploring an area I call the “erosion explosion,” where strange rock formations stand sentinel, defending the coast against the relentless assault of waves and tides. As I made the photograph “Guardians,” I felt the past, present, and future converge with each thunderous crash and burst of spray.

After working on Light on the Land for a few months, I sought feedback, especially from an audience who knew The Sea Ranch intimately. I began posting a different image from the series each week on the Sea Ranch Owners and Residents Facebook page. The response was as unexpected as it was overwhelming. “Your empathic ability to ‘feel’ into the nuances of landscapes is uncanny,” wrote one. “I’ve visited (and now live) here for 30+ years. You’ve captured [The Sea Ranch] in a totally unique way,” responded another. “Are you creating a book?” a few asked.

Indeed, I was. My plan had been to photograph for a year then assess whether I had made enough photos that were not only memorable individually but also when seen together created a coherent sequence worthy of a book. As 2021 ended, I had.

In December I self-published Light on the Land. The book includes 46 black and white photographs and a foreword by architect Obie G. Bowman, who designed some of the most distinctive homes at The Sea Ranch. Thanks to a book signing at The Sea Ranch Lodge, a photo exhibition at a local gallery, and my efforts to build an online audience for the project, I sold all 200 copies of the first printing in three weeks. A second printing is in production. And to think twelve months earlier this city boy didn’t see The Sea Ranch at all…

Light on the land, by Arthur Drooker, published by Standing Wave Press is available for $42. 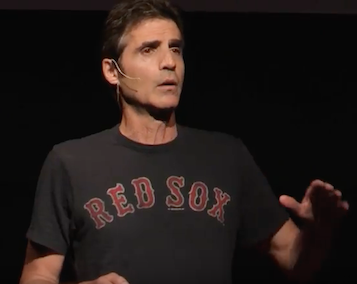 Arthur Drooker is a historian with a camera. He has written and directed Emmy Award-winning television documentaries about some of the unique historical sites in the western hemisphere.
PrevPrevious Article
Next ArticleNext